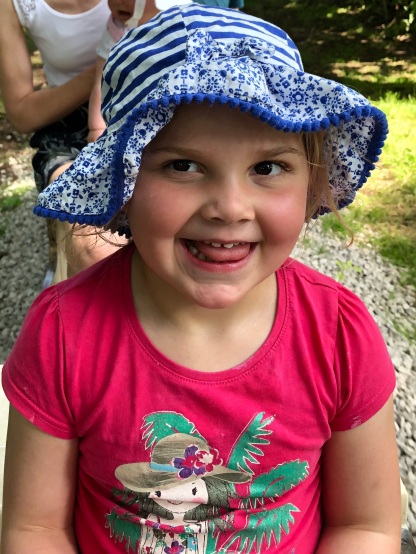 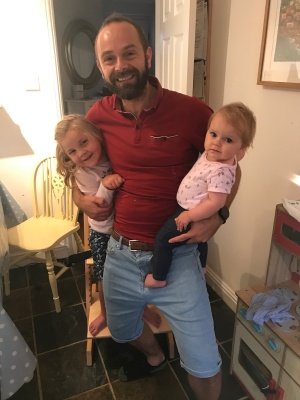 Firstly, I know it’s been a long while since the last Evie’s Everest update, and this is mainly because of the limited spare time we now have looking after two children, one of whom has significant additional needs!  Evie is 5 going on 6 in December and Emily 1, so it feels like time has really been flying.

However, Evie’s Everest has been marching on – and so has Hannah Scaife who has just climbed Mount Kilimanjaro for Evie’s Everest.

To tell you a bit about Hannah. Hannah, was Evie’s key worker at nursery and has built such a great relationship with Evie that she is one of the few people we can leave Evie with alone, without a manual of key words, signs, hospital records and safety precautions!

She’s been instrumental in Evie’s development to date and now Rachel has started back at work part time, Hannah is helping to care for Evie a couple of days a week after school. So, she’s been massive in helping us to maintain some level of a normal life.

So, Hannah has been training hard over the past 12 months to complete this major challenge of climbing Mt Kilimanjaro. Not withstanding, the snow, altitude and climbing this requires – she actually managed to do this while having some kind of flu type virus. Most people, me included struggle to get out of bed and downstairs to get a drink when hit with the flu, so for Hannah to achieve this is pretty unique and unbelievable. I’m glad to say she has now pretty much recovered from the ordeal (physically at least!).

Hannah has raised over £800 through completing this challenge, which is a fantastic amount that will be put towards Evie’s weekly therapy costs and her additional home care requirements now she is getting bigger.

In terms of Evie’s development, she has come on a lot over the past year in terms of her understanding, communication and stability.

However, she still has major struggles with her hypermobility, joints, managing her emotions and frustrations through lack of ability to communicate her needs, and she is yet to walk independently. We also have major sleep challenges with night waking and wailing, for which we don’t have a solution.

Furthermore, as she grows the behaviours that challenge are more noticeable, particularly in public, so we have to plan ahead carefully wherever we go, to make sure the environment is suitable for her needs and won’t unnecessarily cause her distress.

So, its definitely no walk in the park but the support Evie has received over the past few years has been amazing and continues to help her to develop and live a healthier and happier life than she would otherwise have.

So, thanks Hannah and thanks to everyone who sponsored you, who is supporting Evie in her life.